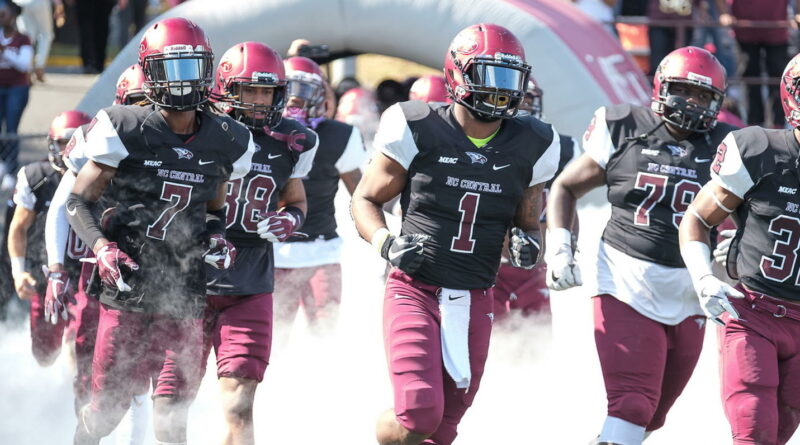 Finally, North Carolina Central is the MEAC Champions after a six-year drought. The eagles took out Norfolk State University to become the champions. They got off to a slow start against the Spartans but eventually made it noticeable that they were the better team. Central won in convincing fashion 48-14, with Davius Richard displaying his arm talent with 22 of 31 pass attempts for 347 yards and four passing touchdowns. Also, he ran a touchdown with more than 500 yards total offense.

The saying goes, “defense win championships,” and the eagle’s defense held the Spartans to 90 passing yards. Central finished 8-2 for the season,4-1 in the MEAC, and Norfolk fell to 1-3 and 1-9 for the season. The last time the eagles were in the Celebration Bowl was in 2016, when they lost to Grambling state university 10-9. This win is the only time a SWAC team has beaten a MEAC team in the celebration bowl.

Jackson State University and Alcorn State are looking to punch their tickets and play against Central in the Celebration Bowl. Jackson State is looking to keep their perfect season alive Saturday against Alcorn. Deion Sanders and the Tigers are the SWAC reigning champions looking to go back-back. Alcorn (5-5) is hungry to end Jackson state’s perfect season and make Central 0-2 in the Celebration Bowl.

Deion spoke at a press conference and briefly mentioned Alcorn Coach Fred McNair. He said, “a lot of respect for him and what he’s presented and represented over the course of his career love, love him. Love him to life and what he endured and what he’s doing for and what he’s done for the SWAC for a multitude of years.”  You can catch Jackson State vs. Alcorn State on ESPN + and the JSU sports network Saturday, Nov.19, at 2 pm. The Tigers are favorites to win against the Braves and move on to play in the Celebration Bowl on December 17.