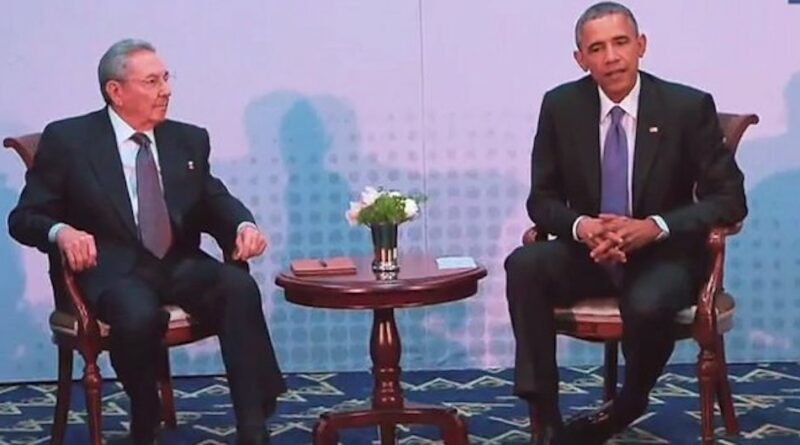 On June 23rd, for the 29th year in a row, the UN voted on the resolution calling for an end to the U.S. economic embargo on Cuba. Joe Biden’s administration voted no along with Israel, while 184 countries voted in favor of the resolution and three – Colombia, Ukraine, and Brazil – abstained.

While the support of the UN carries political and diplomatic weight, only the U.S. Congress has the power to lift the embargo that has been in place for 50 years.

In 2016 President Obama’s Administration marked the first time the U.S. abstained in their vote as Obama was in the process of mending ties with Cuba and easing the embargo. During the Trump Administration, the U.S. returned to outright opposing the resolution and reversed much of the progress made by President Obama.

Earlier in June, Cuba stated that the embargo cost it a record $9 billion over the last year and drastically affected its efforts to mitigate the coronavirus pandemic. Cuban Foreign Minister Bruno Rodríguez spoke to the General Assembly, stating that the sanctions made it harder to acquire medical equipment to develop vaccines as well as equipment for food production. He added that the blockade was a “massive, flagrant and unacceptable violation of the human rights of the Cuban people,” and that the embargo is about “an economic war of extraterritorial scope against a small country already affected in the recent period by the economic crisis derived from the pandemic.”

“Like the virus, the blockade asphyxiates and kills, it must stop,” the Foreign Minister urged.

Historic protests have been occurring in Cuba for the past month in the midst of this economic and humanitarian crisis. Despite Biden’s promises for the reversal of Trump’s tough sanctions on Cuba, his policy has been more of a detached continuation accented by a political agenda to placate those opposed to the resolution of the embargo like the chair of the Senate Foreign Relations Committee, Democratic Sen. Robert Menendez whom the administration needs to confirm its nominees and support Biden’s domestic policy.

Cuban-Americans in Florida have also begun protesting in solidarity with Cubans, threatening a mass exodus of Cuban-Americans back to the island. Washington is attempting to turn the narrative of the protests into being about the Cuban lack of democratic freedom in their communist regime, rather than the reason being the embargo along and the U.S. response to their struggling economy. Crushing poverty and a lack of food and medicine are the main worries of those suffering in Cuba.

Cuban leader Miguel Díaz-Canel has repeatedly accused the U.S. of orchestrating and financing the protests as an attack on their government. The White House has refused these accusations.

On Monday President Biden ordered the State Department to review an increase in staff at the U.S. Embassy in Havana and from a working group that will consider remittances for Cuban families. President Biden is due to make a statement on the matter later today.